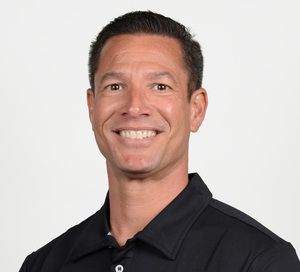 Coach Bryan began his coaching career in 1990 with the Colony Red Hots swim team in the Irvine Swim League. Bryan grew the team by 30% and led them to be league champions in just 4 short summers. In 1999, Bryan took his talent to the world-famous Mission Viejo Nadadores for the opportunity to coach at a more competitive level. He has been the 10 and under division director since 2004 and has since developed many of the top 10 and under athletes in the United States. Bryan was awarded the Southern California Age Group Coach of the Year in 2010.

In 2019, Bryan spent a year with SET Swim Team as the Head Age Group Coach.

Bryan returned to the Mission Viejo Nadadores in 2020 and is currently the 11-12 division director.

Bryan has extensive experience with coaching clinics, stroke development, child development and after school program development. He currently holds Certifications in Sports Nutrition Coaching, Functional Movement Systems and Functional Strength Coaching and trained athletes and general population clients at Functional Sports Performance in Irvine, California. In 2017, he became the Dryland Director for the Nadadores and developed a comprehensive strength program, working directly with the National team to improve overall strength and performance.

Coach Bryan brings the FUN to the Dolphins!